Remember when I mentioned Todd answering God's call to drop his nets and follow Him? I must say it wasn't hard to drop our nets on the sandy shores of Southern California.  "I could like it here, Jesus, good call."  Then came a little blurb on one of our favorite websites, desiringGod.org, about a brand new, purposefully small seminary out of our favorite Bible teacher's church.  Great!  Just what Todd was longing for: one-on-one discipleship, teaching, learning, and loving Jesus with his mind in order to be equipped to care for souls.  "Perfect.  So, where exactly is Bethlehem College and Seminary?"  In the heart of Minneapolis, Minnesota.  I gulped, "Can you do it online?"  Unfortunately, no.  But watching the invocation and visiting this newborn school filled our hearts with an excitement and a quiet peace that this is where Todd and our family belongs.  Todd wasn't looking for a seminary degree--if he was, there are plenty of opportunities for that along our golden California coast.  But in his heart he felt a longing for learning for the sake of loving...and BCS has a matching pulse.

"Okay," so I ask, "how do we get there?"  Be accepted.  "How's that?"  Apply.  "Doing what?"  Write extensive essays and papers, answer probing heart and passion questions and have your pastor and wife send their own private responses to what you are pursuing.  "Mmmkay."  Two months and whole lot of heart searching and writing later, out goes the application and a prayer (or two).  "Allllrighty. How hard could it be?"  They only accept 15 students.  "Hmmph.  We don't even have a prayer."  Then came the interviews.  "How'd it go, Todd?" Fumbly and humbly he admitted, "If I get in, it won't be because I interview well."

So after a year of dreaming, six months of forehead rubbing, and a few hundred-thousand soul-searching prayers for God's will for our little family...he got a call.  Then he called me.  I was standing at my favorite beach park gazing out at the beautiful Channel Islands... 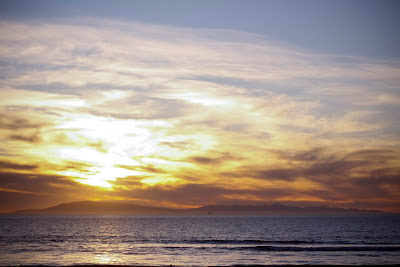 God willing, and it seems so far that He is willing, this summer we're moving to Minneapolis, Minnesota to live and study among the people of Bethlehem College and Seminary! 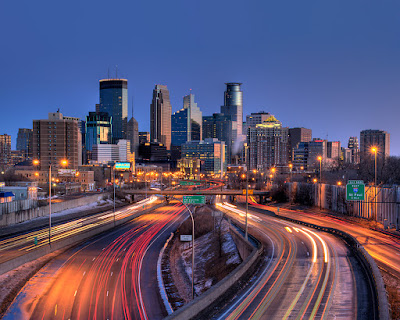 For those of you having trouble lifting your jaw from the floor, may I share with you what I privately sealed and sent for the BCS Spouse Questionnaire?  My hope is that you will join me in lifting my jaw from the floor to my hands in the air...


I am thankful to have been asked to share my reflections/excitement/concerns about my husband studying in this M.Div. program and moving toward full-time Christian ministry.  In order to do that, I must put my feelings in context and give glory to God for what He has done to get us to this application process.  Before I boast in the Lord, I will tell of my husband, only for you to see that at his highest worldly accomplishments were his lowest moments of spiritual failure, and at his humblest points of repentance are the Lord’s greatest works of grace that have brought us to where we are today.

Todd Fruehauf is a thrill seeker and I knew it from the beginning.  When we met he was a Navy diver a year out of the Academy, stationed on a minesweeper as Damage Control Assistant working his way to bomb school.  On our first date he took me surprise skydiving.  Soon after he gave me a hot pink helmet so I could ride with him at mach speed on the back of his motorcycle.  For fun with friends we kayaked to an abandoned ocean oil rig and I watched him leap from the top of it. We surfed and built bonfires on the weekends.  Triathlons were a side hobby.  But the most poignant fact I know about him he confided to me on our first dinner date, “I don’t know if it’s a spiritual thing or an actual wartime role, but I long to lead men into battle.”

Granted, Todd is a grounded thrill seeker.  As we dated we read together, by his leading, books by John Piper and discussed the exciting new thoughts, one of which was adoration—chasing sunbeams up to the sun.  The worship of God on the way home from skydiving was a greater and more memorable experience to us than falling 120 miles per hour from thousands of feet in the air.  We had a taste.  A seed planted.

Fast forward, we married and were immediately whisked away to EOD (Explosive Ordnance Disposal) School and he was thrown into the intense demands of learning with little margin for error.  Todd graduated at the top of his class but was spiritually sinking.  In a whirlwind we were transferred to San Diego and the vigorous work of jump school and tactical training, where he fell in love with backflipping from airplanes and jumping into the ocean from helicopters.

Our first son was born while Todd began his assignment as Officer In Charge of an EOD Detachment, who would eliminate Improvised Explosive Devices and Roadside Bombs in Iraq.  Our family was being built while preoccupied with the training workups for war.  In Iraq Todd lived his desire, leading men and creating explosions from terrorist ordnance that NASA saw from space.  He earned a Bronze Star medal for his bravery but had little victory over the terrorist of his own sin nature.

Upon arrival home we were transferred to Point Mugu, California and he came to such a place that he doubted his own salvation.  Then he read Finally Alive.  I witnessed a new birth in him—a transfer from the duty of religion to the delight of knowing God personally and experientially through His mercy in Christ.  This was the seed breaking from the shell and pushing through the dirt.

Then with our second son on the way, came the invitation to screen for SEAL Team Six, an elite Special Operations military command.  This was his hardest, greatest, ultimate desire and dream pursuit.  It meant being called upon, as a tier-one asset of the Commander-in-Chief, to act at any hour on any day for any mission in any part of the world for an untold number of days of which his family would not be privileged to know.

I watched as my husband pushed himself beyond the limits to pass the rigorous requirements to join this team.  He was a freight train I couldn’t stop so I just got on board regardless of what it meant for our family…and I prayed.  Then, halfway through the week of intense physical, technical, and mental screening, the psychologist asked, “What does your wife think of this pursuit?”  Todd didn’t know.  Which caused Todd to question, “what does the Lord think?”  Todd hadn’t asked.  With his final interview before the board the following day, he hit his knees and searched the Word all night long with the same vigor that he had given to this special command.  God was faithful to answer, “I want you to pursue Me and My Word with as much passion as you have this position.” When the sun came up Todd faced the Review Board in his Service Dress Blues uniform with his answer: “Thank you for this privilege; I’m going home to my family.”

The freight train came to a screeching halt…and changed tracks.  You can imagine this thrill-seekers delight upon his discovery that “at His right hand are pleasures forevermore,” and that not only was it okay to seek God for his own thrill, it was what he was made for—to enjoy Him.  Utmost joy.  Utmost delight.  Utmost satisfaction.  And it’s right.  In doing so it is loving God.  And it is an endless reward—not bronze, gold, or silver but Christ Himself.

When once Todd’s passion was for his own glory and pleasure, he now undoubtedly and perseveringly has a passion for the supremacy of God in all things for the joy of all peoples through Jesus Christ.  Where the seed was planted years ago now stands a green olive tree thriving in the house of his God.

As his wife, I have been baffled by his transformation and the passion with which he pursues the knowledge of God.  He couldn’t finish a brochure before all of this; now he flies through Christian literature faster than Amazon.com can deliver them.  His heavy weight lifting is benching Grudem’s Systematic Theology (for training in godliness).  He keeps Greek flash cards on his person like a concealed weapon.  Where he used to surf on dawn patrol he rises early for prayer.   We have to budget for his coffee shop meetings with brothers.  Most notably Todd is the Officer In Charge turned tender pastor of three little men and their mommy.

Bethlehem Seminary is Todd’s SEAL Team Six where he is trained and equipped to lead men into battle.  But this pursuit is markedly different from all the rest; it’s not for a glory job or from misplaced passions.  He’s not seeking position or his own pride.  And he certainly doesn’t flex his spiritual muscles for anyone.  He just wants to enjoy Jesus on a deeper level and see that many are awakened to His joy.

I whole-heartedly stand behind Todd in this pursuit. It is a decision we made and prayerfully sought together and I happily trust God for what it means for our family.  If the Lord is willing that we attend, I know it’s going to be a challenge on a whole different level; Todd hasn’t written a works-cited paper since the Naval Academy over nine years ago and that was probably over a yawner of a discussion of Naval History.  But God has been writing His Word on Todd’s heart and exciting him about His story, which is absolutely no yawner.  And if I know anything about my husband, the intense and demanding rigor of a Bethlehem Seminary education is, to him, an invitation to know Jesus--his ultimate thrill. 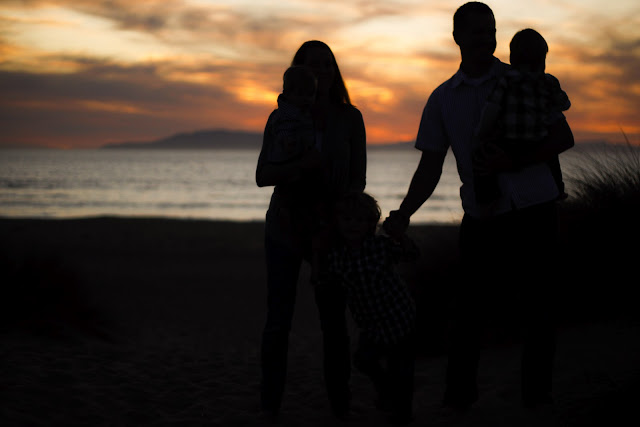